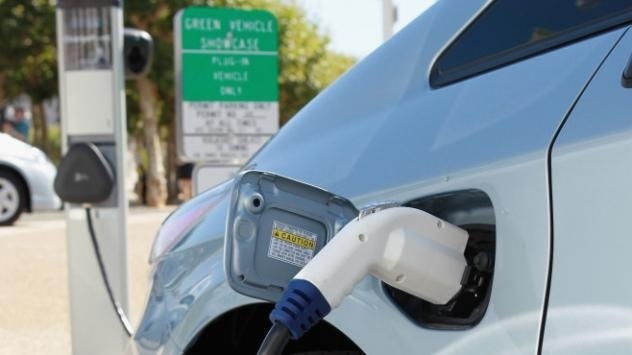 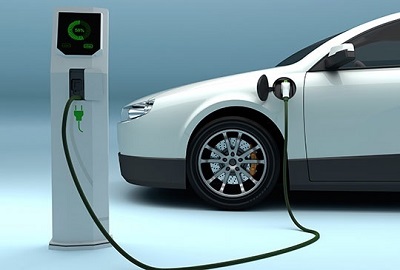 State regulators approved NV Energy's plans to spend $295 million on renewable energy in Nevada in the coming year, including $5 million to build electric car charging stations. The program, which has an overall budget of $15 million, could double the number of charging stations in Nevada. All of it is at no cost to taxpayers.

Nevada expects to receive $22.5 million from the Volkswagen Environmental Mitigation Trust between 2017 and 2027. The Nevada Division of Environmental Protection (NDEP) was selected to be the lead agency on behalf of the State.

The Nevada Division of Environmental Protection has allocated the maximum amount allowed under the Volkswagen Environmental Mitigation settlement — 15 percent of the funds — to electric vehicle charging infrastructure.

Impact of the Nevada Electric Highway

Programs such as Nevada’s will encourage more consumers to purchase EVs, lead to cleaner air, provide a competitive advantage for businesses and spur additional tourism.

Visitors from California, which has the largest number of electric vehicles in the country, will find it easier to visit Nevada and not experience range anxiety having to worry about where to charge their vehicles.

But the biggest impact will be on daily commutes. Most people don’t commute hundreds of miles, most commute 25 miles or less. Coverage by EV charging stations is an option Nevadans want. Since January, the state has seen a 200 percent increase in the use of state charging stations.

Nevada will be a leader in electric vehicle infrastructure. Governor Sandoval wants Nevada to be the first state in the West to have an entire electric charging system by 2020.

Worldwide sales of electric cars are expected to continue growing, with predictions they will make up 33 percent of cars globally by 2040. The Nevada Electric Highway pushes Nevada ahead as a leader in electric vehicle infrastructure.

Nevada has the highest EV growth in the nation. As automakers around the world are boosting output, Nevada is anticipating and preparing for a large increase in electric cars and preparing to service the growing array of other electric vehicles hitting the streets. 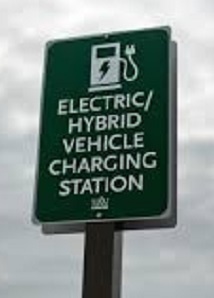 One of the major barriers to EV adoption is “range anxiety,” which refers to a lack of public charging resources and concerns that an all-electric vehicle could be stranded between charges. To continue its support of the EV market, beginning in 2013, NV Energy partnered with more than 50 of its major customers to double the number of EV charging station locations throughout the state. Now, thanks to the shared investment strategy initiated by NV Energy, their customers and tourists can charge their vehicles at airports, shopping malls, universities, resorts, public buildings, hotels and key businesses throughout the state. These hosts, in exchange for the support from NV Energy, have all agreed to provide free vehicle charging for the first five years. Both NV Energy and the state have provided incentives to facilitate a shared investment to those desiring to host charging stations along the strategically sited route that use fast charge technology and level-two charging systems, also free to EV drivers for the first five years of the program.

The Nevada Electric Highway and REV West addresses the “range anxiety,” the concern that recharging may not be available for long distance travel or trips outside of major cities. The electrification of major regional corridors is expected to transform the EV market allowing smaller communities to “plug in” to the regional system.

The Public Utilities Commission has given NV Energy permission to own and operate charging stations and include them in its rate base.

Officials for NV Energy will work with state officials to determine locations of charging stations on the Nevada Electric Highway.

EV stations cost anywhere from $6,000 to $30,000 however, host businesses don’t have to pay for the installation. Station construction is being funded by the utility company with abatement money from the state’s Office of Energy. All potential hosts have to do is be open 24/7 all year, have a safe area for the stations to operate, and offer free charging for at least five years.

In 2017, Governor Sandoval led a multi-state effort to coordinate and encourage electric vehicle infrastructure development along major interstates throughout the western region. Nevada is a critical hub for the adoption of EV infrastructure and is working directly with neighboring states to coordinate priority corridors, siting considerations, and technical standards. After an initial partnership was announced by Nevada, Colorado, and Utah, a Memorandum of Understanding was signed announcing the Regional Electric Vehicle "REV West" Plan. Later it was expanded to also included Idaho, Wyoming, New Mexico, Arizona, and Montana.

In total, the charging network will connect more than 5,000 miles of highway. Millions of visitors will be able to drive electric vehicles from Denver to Salt Lake City to Las Vegas -- from the Rockies to the Pacific.

Regional collaboration is a key driver to fueling future transportation options. "By working together states can minimize costs, ensure technological consistency, and serve as laboratories of innovation.

Nevada’s Electric Highway from Reno to Las Vegas and REV West is paving the way for the EV industry to boom.

Nevada has the highest EV growth in the US with this trend likely to continue and is ranked 13th in the nation for electric vehicles.

Nevada offers 198 public electric charging stations according to the U.S. Department of Energy. The Nevada Electric Highway with an overall incentive budget of $15 million, could double the number of charging stations in Nevada.

Nevada Governor Brian Sandoval said the efforts to support electric vehicle use in the state benefits both the Nevada environment and the Nevada economy.

Nevada is also planning on working with Volkswagen and their 'Electrify America,' and building out the infrastructure on Interstates 80 and 15.