November 2nd, GM unveiled their 2 E-bikes that will go on sale next year. The bikes, including their electric motors, were developed by GM with assistance from engineers who worked on the automaker’s electric cars, such as the Chevrolet Bolt EV.

E-bikes are pedal bikes that also have a small battery pack and an electric motor. As a rider pedals, the electric motor provides additional power. Some e-bikes can run on electricity alone with no pedaling. GM would not say whether its new bikes would require pedaling. The electric bicycles will also have Internet connections, although GM (GM) won’t say yet what those connections will enable. The bikes will include built-in front and back lights. GM also isn’t saying how the bikes will be marketed. 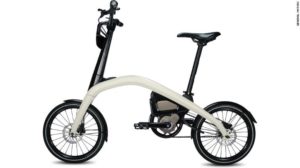 The 2 new bikes, one of which is foldable, are designed with urban use in mind. Because they require less exertion to ride, e-bikes do away with common objections to bike riding. In particular, riders won’t have to work up a sweat on their way to work, even when riding uphill. 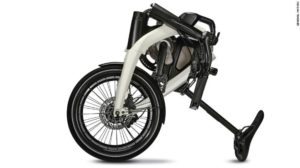 General Motors new electric bikes have no name, yet. The company is asking for suggestions at https://ebikebrandchallenge.com/call-for-entries. The winning submission will get a $10,000 prize, and nine runners up will get $1,000 apiece. The winners will be selected by a panel and, in the event that there are multiple submissions of the same winning name, the one with the best supporting argument will take the top prize.